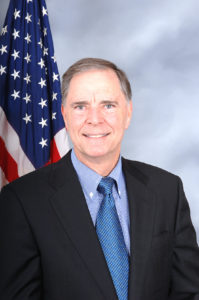 The Florida Department of Veterans Affairs, FDVA, wants to add some staff. That wish is in its 2017-2018 proposed budget that’s starting to make rounds among state House and Senate committees ahead of the upcoming legislative session, which is March to May.

“I’m asking to get 10 more (Division of Veterans’ Benefits and Assistance) people,” Glenn Sutphin Jr., executive director of the state’s veterans department told Veteran Voice. “We probably could use more, but you’ve got to be realistic about what you can do.”

The additional 10 workers would help veterans file claims and appeals to the federal Department of Veteran Affairs. Those who do that are usually called veterans service officers, but Roy Clark, director of cabinet and legislative affairs, said they get a different title at the FDVA.

“We call them veterans claims examiners,” he said.

The claims examiners, he said, work one-on-one with veterans and assist the state’s county veterans service officers with bedeviling claims.