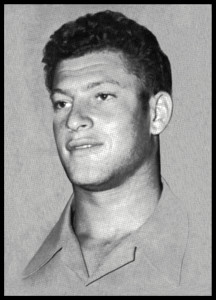 Forest K. Ferguson Jr., a former athletic star at the University of Florida, was wounded in combat on D-Day in Normandy, and is one of the hometown heroes longtime newspaperman and veteran Joe Crankshaw did not want forgotten.

Editor’s note: This is Part 2 of an article on the life and times of Joe Crankshaw, a journalist and Army combat veteran of the Korean War. Part 1 was published in last week’s issue. By any measure, longtime newspaperman and veteran Joe Crankshaw, Stuart, deserves honor both for his work and for his service. But, “you know what? There are lots more veterans that need more recognition than me,” the 84-year-old said.