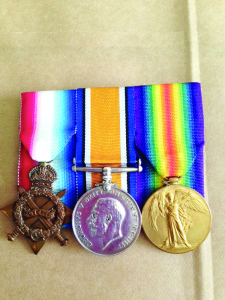 Patrick McCallister
For Veteran Voice
It’s hard to imagine a sharper contrast. Medals awarded to honor courage and duty found in the possession of common criminals.
Sheriff William Snyder said sharp-eyed deputy Dereck Brieske did a perfect job on Aug. 7. He spotted and stopped a rented 2014 Toyota Corolla the Martin County Sheriff’s Office was looking for in connection with recent pillowcase burglaries. The arrests of Marcus Strong, Gary Taylor and Tracy Coley likely ended a crime spree that extended all along the Treasure and Space coasts.
When the office got a search warrant to look through the car, it found all the usual stuff home burglars have — jewelry, firearms, tools, drugs and electronics. But investigators found something they didn’t expect: war medals.