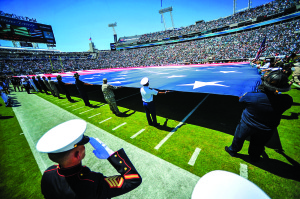 Mary Kemper
Staff Writer
Those of an earlier generation remember vividly where they were on the day President John F. Kennedy was assassinated, and most of us remember Sept. 11, 2001, in the same way.
It is a date that will live in infamy.
The echoes of President Franklin D. Roosevelt’s words are still being felt in today’s world, which everyone hoped would be a better place after World War II.
In many ways, it has been, thanks in no small part to our veterans. We’re still the country everyone loves to hate, but we’re still the one everyone wants to move to.
To Read More Subscribe Here