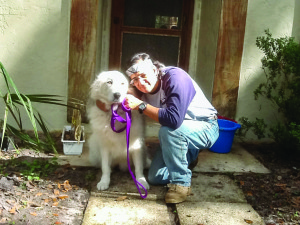 Patrick McCallister
For Veteran Voice
Donald Ravenfeather is helping numerous veterans find their centers at the Beltran Peace Center 270, Old Town. Ravenfeather knows a lot about finding your center. He lost his back in the late ‘80s after surviving a helicopter crash.
“I credit the American Legion for working with me, and while I was in the prison itself, it gave me stability,” he said
Yes, prison. Ravenfeather was convicted in 2007 for robbery after years of broken relationships and job hopping, along with what he calls “psychotic episodes.” That arrest started the Marine Corps veteran on a six-year involvement with the justice system that ended in the Martin Correctional Institution in Indiantown.
To Read More Subscribe Here