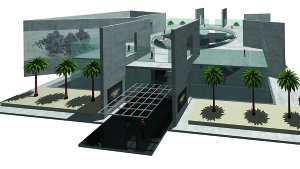 Patrick McCallister
For Veteran Voice
The National Navy UDT-SEAL Museum is putting more boom into the room come next month.
“We will (have the new display) at the beginning of April, and it completely transforms the northernmost building on our site,” Rick Kaiser, executive director, said in an interview.
Among other new features will be the Trident Challenge. The daring will get to plan a SEALs mission and see what comes of it via video-gaming technology.
“If you pass you get your trident; if you don’t you go back to BUD/S,” Kaiser said.
BUD/S is the 24-week Basic Underwater Demolition/SEAL training, where the hardest year of SEALs’ lives all starts. The trident, of course, is the symbol of the storied unconventional warfare group.
As the museum, which is approaching its 30th anniversary, readies the new displays and attractions, it’s also in the thick of planning a fourth building on its campus at 3300 N. State Road A1A, North Hutchinson Island, Fort Pierce.