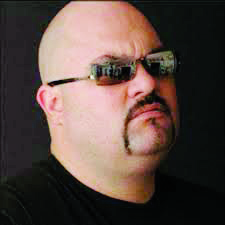 Patrick McCallister
For Veteran Voice
The Veterans Council of Indian River County is sending younger veterans for a heavy dose of medical intervention. Only this is laughing so hard they’ll be in stitches.
“I’m happy to have the opportunity to perform in front of heroes,” comedian Bill “”Bull” Ohse, said.
Ohse is one of two comedians on the ticket to entertain the veterans. His son, Brandon Lee, is serving in the Marine Corps.
Like many, Ohse was inspired to live a fuller life after the terrorist attack of Sept. 11, 2001. He’d already tried joining the Marines, but had back problems that kept him out of the military. One of the things he’d always wanted to do was stand-up comedy. Ohse had vivid memories of how Red Skelton and others could make his father laugh.
“Sept. 11 created such a phoenix moment for people to rise and do better,” he said.