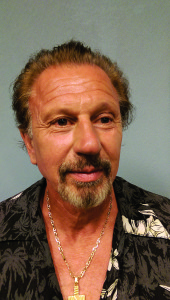 Patrick McCallister
For Veteran Voice
Port St. Lucie’s John Policstri doesn’t much like to talk about what got him involved with St. Lucie County’s 15-month-old Veterans Court. The court turned 1 on Aug. 8.
“I got myself in a little trouble,” was all he said about that.
It was enough “little trouble” to land him in the county’s jail for upwards to six months if he were prosecuted. The Marine Corps, Vietnam veteran was told about getting a second chance if he’d volunteer to go through the county’s Veterans Court run by Judge Robert Belanger.
“I never even heard of Veterans Court before,” Policstri said.
Policstri might not like talking about what got him there, but he loves talking about what St. Lucie’s Veterans Court did for him. He’s a graduate of the program.
“They make you earn your freedom,” he said. “That’s what this is all about — to become a better person.”
To Read More Subscribe Here