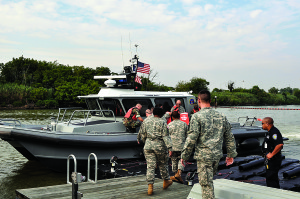 Mary Kemper
Staff Writer
Some today remember Operation Dynamo in 1940 — “The Miracle at Dunkirk” — when more than 300,000 British troops were safely evacuated ahead of the German blitzkrieg by thousands of individual boats, large and small.
Fewer even know that the U.S. had its own Dunkirk on Sept. 11, 2001, in New York.
When the World Trade Center twin towers were attacked, hundreds of thousands of people ran from the scene in complete panic. Many ran south. When they reached the water’s edge, they thought they’d be stuck — but a new miracle was about to unfold.
Regular transportation was cut off. Choking in the smoke-filled air, coated with toxic dust, more than half a million people stumbled their way to the water’s edge, where they were met by thousands of boat owners, ready to ferry them off of Manhattan to safety.
To Read More Subscribe Here