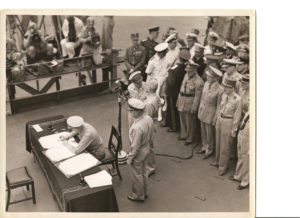 By Patrick McCallister
On Sept. 2, 1945, a Japanese delegation walked onto the USS Missouri and signed the surrender that officially ended World War II. That’s 71 years. The youngest World War II veterans were born in 1927. Next year they’ll turn 90.
Yes, there were a few youths who snuck into uniform lying about their ages. Space Coast Honor Flight reports it’s encountered some who were 15 when they signed up and shipped out.
By some counts, Florida has the largest population of World War II veterans.
“We have 79,000 World War II veterans,” Steve Murray, communications director at the Florida Department of Veteran Affairs said.
How many World War II veterans are left?