The war no one remembers – but they should 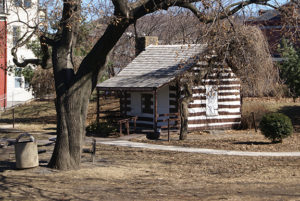 Source: Wikimedia Commons
This small cabin served as George Washington’s headquarters at Fort Cumberland, Maryland, during one stage of his campaign in the French and Indian Wars in the mid-18th century.

Our country was still a colony of Great Britain, and still existed only far east of the Mississippi River, when it got embroiled in the new world’s version of the Seven Years’ War going on in the old.
Known as the French and Indian War, from 1754 to 1763, it was a messy struggle over land ownership and resources, with the colonists and the native Americans having different, but temporarily intersecting, goals.