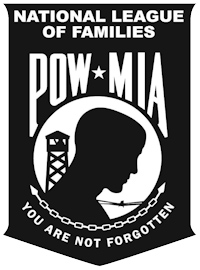 On Feb. 15, 1966, Air Force pilot Oscar Mauterer was shot down during a covert mission over Laos. Witnesses saw him parachute safely to the ground. That’s the last time any American is known to have seen him. He just disappeared after that.

His daughter was 12 at the time. When the prisoners of war headed back home, she held her breath.

“I vividly remember when the POWs stepped off the plane,” Pam Cain said. “I hoped my dad would be one of them.”

He wasn’t. Cain said the years have done nothing to dull the need and drive to find out what happened to her father. She’s now a state co-coordinator for the National League of POW/MIA Families.