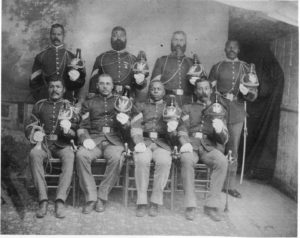 On Sept. 22, 1862, President Abraham Lincoln signed the Emancipation Proclamation, making slavery illegal in the United States.
Shrewdly, he made sure that the Southern states could no longer use states’ rights as the main cause of warfare, and forced them to defend an ugly practice.
In just four short years — during which black soldiers helped win back the United States for the union — the 10th Cavalry Regiment was formed, staffed exclusively by black soldiers.