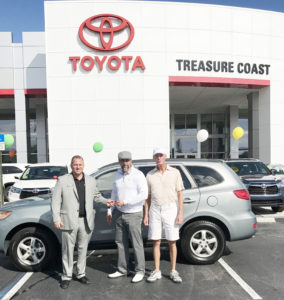 Folks will have a chance to help out veterans by having some fun at Lefty’s Wings & Grill in Port St. Lucie. The Major Goldsmith Fund is having the inaugural Salute to Troops at the restaurant on Dec. 2 to 4, staring at 6 p.m. each night. The event will feature tributes to the military, chances to meet World War II veterans, eating contests, darts, raffles, silent auctions and more. “We’re going to have fun,” founder Jim Goldsmith said. “We’re going to have events.” The Major Goldsmith Fund has been around since 2006. It used to operate within the Veterans Council of Martin County, but broke off earlier this year.