SEAL museum turns up the Cold…War 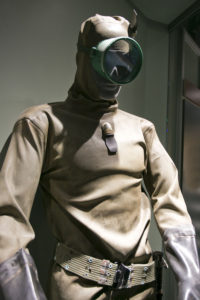 The National Navy UDT-SEAL Museum has a bone-chilling new display — the Cold War Gallery. “It’s the center section of the museum and covers everything from World War II to 9/11,” Rick Kaiser, executive director, said. The Fort Pierce museum is on North Hutchinson Island where the Navy established its Amphibious Training Base in 1943. It’s where the Navy Scouts and Raiders the predecessors to SEALs were born and about 3,500 were also
trained for the Naval Combat Demolition Units, the forerunner of the Underwater Demolition teams.
The Scouts and Raiders did their jobs well and… To Read More Subscribe Here