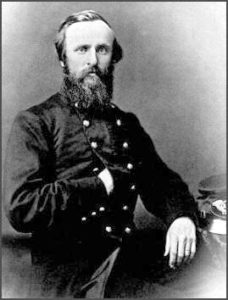 He lost the popular vote, and barely squeaked by in the Electoral College. Democrats hated him, and he was mistrusted by a sizable percentage of his fellow Republicans. One of his main goals was to reform and streamline the Civil Service.

Sound familiar? No, not the 45th president, Donald Trump, but the 19th, Rutherford B. Hayes.

He was elected in 1877, at a time when the Civil War was still fresh in memory. It was still the Reconstruction Era, and still politically turbulent.

Born Oct. 4, 1822, Hayes hailed from Delaware, Ohio. He moved to Cincinnati, where he practiced law, in 1850, and married the former Lucy Webb.

His law practice was notable for his successfully arguing one of the first insanity defenses against murder, involving a woman who would be committed to an institution rather than be hanged. A staunch abolitionist, Hayes defended numerous escaped slaves, which he said he found “personally gratifying.”
To Read More Subscribe Here