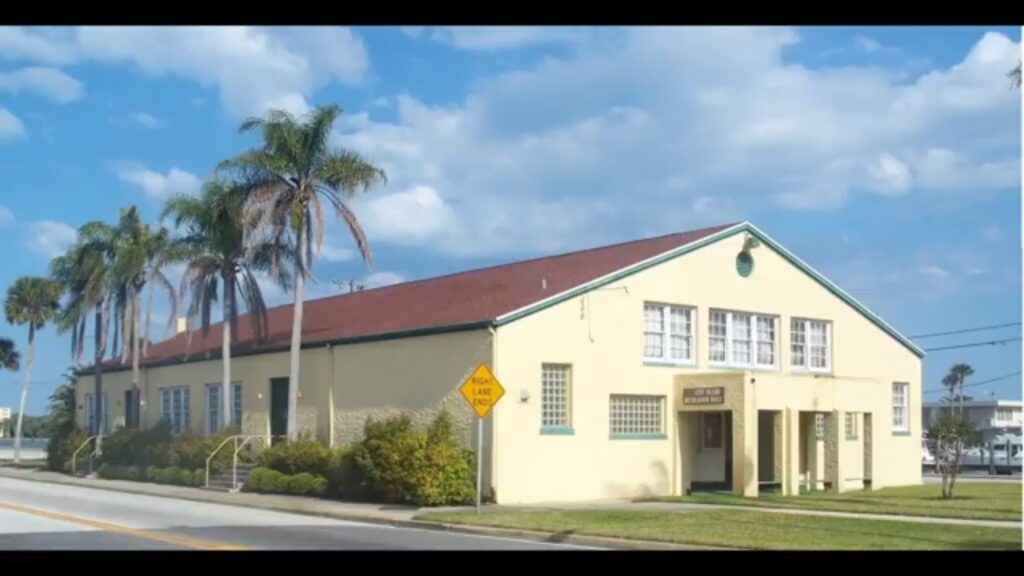 Citizens 4 Responsible Development Daytona Beach is leading efforts to save the City Island Recreation Center, a city-owned World War II-era building. The city got Works Projects Administration funding to build the recreation center for Sailors and aviators at the Naval Air Station Daytona Beach and Women’s Army Auxiliary Corps — later Women’s Army Corps — recruits training throughout the city. Residents increasingly complained about the WAACs. An Army investigation found that a lack of recreational facilities for the WAAC recruits caused frictions. But, the Army refused to build them recreational facilities.

Citizens 4 Responsible Development Daytona Beach has taken the lead in efforts to keep a World War II building from the wrecking ball. On March 15 the group rallied 17 people to speak at a Daytona Beach Historic Preservation Board regular meeting in favor of saving the City Island Recreation Center at 104 E. Orange Ave. None spoke in favor.

“It was built in 1943 and it was used by the city as a recreation hall for many years,” said Anne Ruby, chairwoman of C4RD Daytona Beach, in a telephone interview after the meeting. “It was closed in 2012, because there was a rat infestation. At some point people at city hall forgot when it was built and why it was built.”

City staff have, according to the Daytona Beach News-Journal,repeatedly asked the commission about demolishing the structure — which has fallen ever deeper into disrepair — over the last decade. The commission will again consider the proposal at its next regular meeting, Wednesday, April 6. The Historic Preservation Board voted 4-1 to recommend to the commission saving and restoring the building. C4RD Daytona Beach hopes to not only save the building from demolition, but to finally get its renaissance going.

“We’re hoping for really good public turnout for support on April 6,” said Ruby. “Email the commission. Better yet, show up for the meeting. We need people to show up and say this building is worth declaring historic.”

A city historic designation would allow for certain grants. The commission meeting will be at 6 p.m. at 301 S. Ridgewood Ave., Daytona Beach. Commissioners can be emailed simultaneously at citycommission@codb.us.

There was a time, now almost completely forgotten, when Florida was on the front lines of World War II.

In 1942 German U-boats prowled Florida’s shores largely unfettered and unafraid. They were part of Operation Drumbeat, which cost an unprepared America hundreds of ships and thousands of lives in a matter of months. The counts vary, because there was largely a news blackout about the daily attacks so’s not to scare the public. But, Operation Drumbeat was one of the few times in history Americans standing on American soil could witness a major foreign military attacking and killing Americans.

Florida was traumatized in April of ‘42 when U-123 attacked and destroyed the SS Gulfamerica on its maiden voyage. People in Jacksonville Beach enjoying our too short spring evenings watched in horror as 19 crewmembers died in a fiery German attack.

Folks walking on the Daytona Beach Boardwalk in 1942 were all too aware a German on a U-boat might be watching.

As America ramped up to fight World War II, Daytona Beach became a hub of military activity. The municipal airport became the Naval Air Station Daytona Beach to train pilots on a variety of planes including the storied Scout Bomber Douglas “SBD” Dauntless — the Slow But Deadly — that played a critical role in the victory at the Battle of Midway.

Author Mattie E. Treadwell wrote in the 1954 book “The Women’s Army Corps” how Daytona Beach became the site of the largest investigation in the WAC’s history. The “Auxiliary” was quickly dropped and the Soldiers counted as active duty. It didn’t help that even after agreeing to building a small training camp to get the recruits off city streets, the Army refused to add recreational facilities for the WAACs, later WACs.

“As a result, large numbers of recreation seeking Waacs descended on the city nightly, provoking much civilian resentment and some of the most serious allegations encountered by investigators,” Treadwell wrote.

At first complaints were generally about the women taking up space at restaurants. They grew from there.

“Rumors nevertheless grew more vicious. It was said that WAAC trainees drank too much; that they picked up men in streets and bars; that they were registered with men in every hotel and auto court, or had sexual relations under trees and bushes in public parks; that there was a nearby military hospital filled to overflowing with maternity and venereal disease cases,” Treadwell wrote. “Finally, it was seriously stated that Waacs were touring in groups seizing and raping sailors and Coast Guardsmen.”

The Army sent investigators to Daytona Beach. What they found was a lot of women Soldiers in extraordinary circumstances exercising military discipline almost inarguably better than their male counterparts at traditional bases.

“Although the center had almost 10,000 trainees, the military police report for a typical Saturday night revealed a total of only 11 delinquencies: 2 kissing and embracing in public; 1 no hat on; 2 injured in auto accident; 1 without identification card; 1 walking with officer on street; 2 found intoxicated; 1 AWOL returned; 1 ‘retrieved from Halifax River in an intoxicated condition,” wrote Treadwell.

The book adds, “The inspectors and the local authorities unanimously blamed the location and the lack of recreational facilities.”

Most of the WAACs, investigators concluded, had taken to staying in their rooms during off time, likely due to local resentment towards them, and there was a growing moral problem in the ranks because of it.

“The Fourth Service Command inspector general recommended more recreation facilities so that trainees would not need to roam the city at night,” Treadwell wrote. “The military intelligence operative agreed: ‘It is the opinion of this officer that recreational facilities are inadequate.’”

The Army declined to build recreational facilities for the recruits.

The book is among the U.S. Army Center of Military History’s online publications at www.history.army.mil/books/wwii/Wac.

Ruby said a lot of that history is long-forgotten, even in Daytona Beach. In her efforts to save the City Island Recreation Center she reviewed microfilms of local newspapers published during World War II. Ruby came across the fact the city got Federal Works Administration funding to build a recreational facility for the Navy and Army trainees in Daytona Beach. Among the things Ruby discovered is that Navy Capt. Willis Everett Cleaves spoke at the dedication in December of 1943.

“When you get close to the enemy, you don’t need recreation,” he reportedly said at the dedication. “It’s when you’re a long way from the battle front, where you would like to be, you need recreation to keep up your morale. As beautiful and charming though Daytona Beach is, men and women in uniform need someplace like this to which they can come when off duty.”

The WACs wouldn’t get to enjoy the city-supplied recreational facility for long. The Army moved the Daytona Beach WAC basic to the more isolated Fort Ogelthorpe, Ga. in ‘44.

About the only reminder of those days is the City Island Recreation Center.

“We had residents (at the Daytona Beach Historic Preservation Board meeting) who got up and said, ‘We never knew the WAACs were associated with this building,’” said Ruby.